Preserving Our Heritage: The Chaldean Cultural Center and Museum 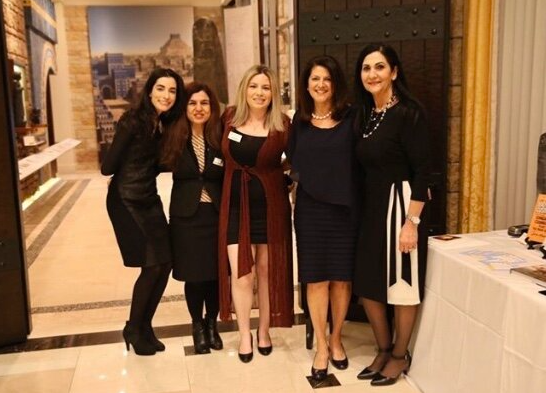 The Chaldean Cultural Center (CCC) was formally established in February of 2003. A primary goal of the formation committee was to build a ‘boutique’ museum that covered over 5,000 years of Chaldean history. They wanted to preserve their unique heritage and make it known to future generations of Chaldeans, as well as to the public at large.

The committee and CIAAM agreed to designate approximately 2,500 square feet inside the club for the establishment of a cultural center and museum. Mary Romaya, a member of the committee, was at the heart of the project from beginning to end until she retired in October 2019 and a new executive director, myself (Weam Namou), was hired.

The CCC provided various youth and adult programs such as public forums, lectures and discussions series, book and film discussion programs, exhibits, and publications. But the Museum itself didn’t open until May of 2017. The Museum expanded the programs to include specialized, in-depth tours for academic intuitions, schools, churches, temples, and summer camps. Some of these tours have included Aramaic speaking classes and Chaldean folklore dancing.

The CCC Museum is the first of its kind in the world, a museum that tells the unique history and culture of the Chaldean people. It serves three purposes: One is to honor those Chaldean pioneers who were the first to come to America; a second purpose is to allow the children, grandchildren, and future generations to know and embrace their legacy; a third and equally important purpose is to tell our history to the larger, non-Chaldean community. This is done through tours and presentations with schools, corporate and community groups, interfaith organizations, public officials, and of course, being open to the public at large.

The museum has five galleries for visitors to enjoy. The first gallery, Ancient Mesopotamia, has artifacts such as cylinder seals used as accounting tools and clay tablets showing cuneiform writing. An authentic replica of Hammurabi’s Code of Laws is on display in this section; it was purchased from the Louvre Museum in Paris.

The Faith & Church gallery highlights the fact that the Chaldeans were converted to Christianity from the faith’s beginnings and that they continue to speak the Aramaic language used in Christ’s time. The Village gallery has artifacts and costumes from the towns in the Nineveh Plain of northern Iraq where Chaldeans originally lived. On display are farming tools, cooking utensils, and clothing from the early 1900s.

The Journey to America gallery describes how the Chaldeans came to America and why they specifically settled in the Detroit area. The last gallery is Chaldeans Today, showing the diaspora of Chaldeans throughout the world.

It is estimated that there are over 160,000 Chaldeans in the tri-county Detroit area, making Michigan home to the largest community of Chaldeans in the world. The people behind the Chaldean Cultural Center considered it vital to foster an understanding of their sometimes misunderstood culture. Therefore, they sponsored programs, events, exhibitions, special tours, and multiple learning resources that play an integral part of the Center’s activities.

In November of 2019, the CCC started the “Mobile Museum” in an effort to reach more schools, organizations, and corporations with their community outreach presentations. We visited over a dozen schools and gave presentations to over 1,000 students. These presentations, currently available virtually, include a curriculum based on the five galleries and exhibits contained in the Museum.

The curriculum aligns with the State of Michigan’s Grade Level Content Expectations in the various Social Studies fields such as World History, Civics, Geography, and Contemporary World Issues. It also aligns with the 98th Legislative Law. In 2016, the State of Michigan, 98th Legislature, passed a law mandating the teaching of genocide in public schools. The Legislature recommended a combined total of 6 hours of instruction during grades 8 to 12. By attending a CCC presentation, students and teachers can meet that criteria while learning about the rich history of Mesopotamia. They can trace the journey of when, how, and why many Chaldean immigrants left Iraq and came to America, specifically Detroit.

Due to the COVID-19 pandemic, the CCC shifted to online programs and events. In August of 2020, the CCC began a weekly virtual discussion series that includes interviews with authors, artists, painters, poets, filmmakers and people from various other arts, history and cultural backgrounds. This is done in an effort to reach audiences worldwide and to celebrate the achievements of the movers and shakers that influence the Chaldean community, as well as learn about the influencers in other communities.

To date, we’ve interviewed curators and archeologists in Iraq, writers in Australia, England, and UAE, and professors in England. This program is in collaboration with the University of Michigan [Detroit Center], Unique Voices in Films, a non-profit organization, and CMN TV, a TV studio in Troy which reaches Oakland County through Channel 18 (Comcast & WOW!).

In 2021, the CCC received a $45,000 grant from the Community Foundation for Southeast Michigan. The funds will go toward digital storytelling of the Chaldean community in Michigan. This is a new and exciting project for the CCC that will use technology to inform the public about the history and culture of the Chaldean people. We hope to support healing while preserving knowledge and memories for future generations.